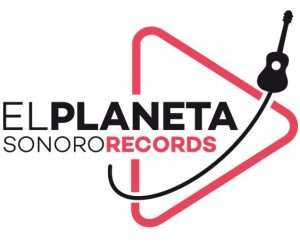 “En Babia” is the first single that the band from Burgos Cronómetrobudú presents from what will be their new album, released by El Planeta Sonoro Records and whose title will be “Verne”.
“En Babia”, which gives a twist to the sound that the band is used to, is already available on all digital platforms.

“En Babia” is a declaration of intentions. Cronómetrobudú release this track as a preview of what will be their new album and with which they intend to mark a before and after in their career thanks to a sound that seems to open the musical windows to let fresh and positive air in.

Listen to “En Babia” by following this link.

The song, the music and the style go from a rigorous black to an explosion of colour where the distortion and the double bass drum give way to the winds and the ska rhythms. A new spirit that is transmitted throughout the album and that will undoubtedly be the flag that leads their concerts, which we are sure will become, we are sure, a real party.

The video with which they present this new single has been a real challenge: a single take and in real time. 35 professionals and 5 actors infiltrated the scene. 150 kg of white paint. 80 kg of coloured paint. 50 kg of confetti and 400 coloured balloons. Only one shot and this is the result.

Cronómetrobudú is an invented word that seeks to mix the concepts “time” and “magic” in the same term. A strange name for a band capable of combining in their rock base styles as diverse as metal, folk, classical, Celtic, Arabic, rap, electronic and Mexican sounds. However, it is a commitment to authenticity and a search for their own style that has led them to perform more than 1,000 concerts in countries such as Spain, France, England, Wales and Mexico. In Spain, this musical originality is recognised with several awards such as the one awarded by UFI to the best rock album (2012) for “El número plateado” or the best album of Castilla y León (2012) in MondoSonoro magazine. Awards that have allowed them, among others, to perform in the Plaza del Trigo at Sonorama Ribera (2017) to great acclaim from the public.

Furthermore, in 2015 they visited Mexico accompanying Mägo de Oz, making the leap to the general public in venues such as the Arena DF, the Complejo Universitario de Puebla and the Monterrey Arena. In 2016 they made their third Mexican tour, presenting their album “Esperanto” in Mexico City, Puebla and Monterrey before Spain.

The group is about to release their latest studio work entitled “Verne”, which will be released in 2021, an album that represents an evolution in the band’s sound towards more danceable music, with pop and electronic tinges. “En Babia” is the first preview of this work with which they hope to surprise their audience.