The Department of Public Safety, headed by Juan Pedro Torralba, has reinforced the police operation in this part of the coast, with extraordinary surveillance in the area around the Vivero and Levante beaches i 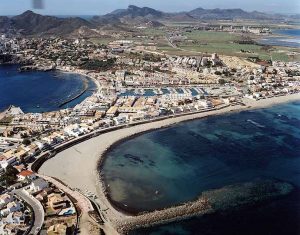 n La Manga to try to dissuade concentrations of people from consuming alcohol on the public highway. In addition, there have also been extraordinary reinforcements in the city centre of Cartagena.

For its part, the Department of Infrastructures, directed by María Casajus, has set up a reinforcement operation so that from 6:00 in the morning the beaches are cleaned of the remains of rubbish generated by the botelleos, so that at dawn the beaches are clean and free of rubbish, and minimise as far as possible the effects of this type of concentrations for the rest of the population.

The mayoress, Noelia Arroyo, thanked the Local Police for the operation deployed, as well as acknowledging the efforts of the municipal brigades in the cleaning tasks. Arroyo appealed to the responsibility of the young people and their civic-mindedness, reminding them that “the consumption of alcohol on public roads is prohibited. The rest of the citizens who enjoy our beaches do not have to suffer the consequences of the uncivic acts of young people”.