Suicide prevention day is commemorated every 10 September. This day has gone unnoticed in Spain until now, when a report has come to light indicating the importance of this problem. Suicide is the leading cause of death among young people aged 16 to 25. This fact has seriously worried families, but it is something that psychologists and psychiatrists have been warning about for some time.

In general population terms, suicide has become the leading cause of unnatural death in Spain, ahead of traffic accidents. The data collected by the INE up to 2019 indicate an upward trend in both sexes, although it is notable that it is mainly men who end their lives.

All these data are of particular concern to families, who often do not know how to act in the face of self-harm or psychological illnesses in their youngest members. Doctors and from soloparamadres.com , send a series of messages to all families concerned about the possibility that someone is suffering from self-injurious or suicidal behaviour:

Observe. In our busy and increasingly independent lives, sometimes we are not very attentive to the people we live with. That is why the first step is to be aware of changes in behaviour or mood.
Listen. Often people with suicidal behaviour try to communicate what is happening to them before making the decision to end their lives.
Give support and resources to the person affected. In Spain we have the telephone of hope, a direct line of communication for people who find themselves in an extreme situation. There are also numerous support groups and, of course, psychologists and psychiatrists, both social security and private. 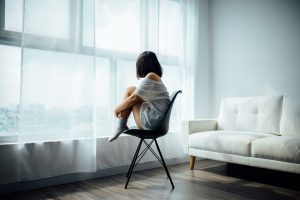 However, families sometimes find themselves alone or powerless in the situation, as the factors that can trigger a person’s suicidal attitude are dependent on multiple variables. Among young people, mainly adolescents, it may derive from the stage of personal growth towards their adult self, in which they may feel lost. But in today’s social media-dependent society, the influence of social media on young people’s lives is of real concern. The constant bombardment of idyllic lives that can be seen through profiles of famous people or even their friends, create false expectations of life that can become an unattainable goal, ending in frustration and despair.

Bullying, both physical and online, also known as cyberbullying, is an issue that must be tackled by society. On this day, associations and psychological support groups show how, despite being for several years now the first cause of death compared to traffic accidents, accidents are still given more visibility. National publicity campaigns, continuous warnings and an increased awareness of road accidents have reduced the number of accidents to a large extent. It is therefore proposed to do even more to raise awareness about suicide and the importance of mental health, leaving behind the taboo that still exists in much of society about this problem.