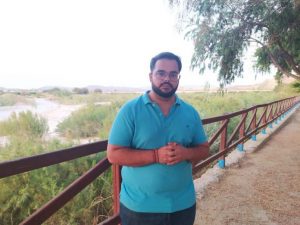 The spokesman for the Partido Popular in Zurgena Town Council, Domingo Trabalón, has denounced the “incongruous situation” that has been occurring for some time in the municipality where there are “more politicians with a salary from the Town Council than Local Police”.

Trabalón explains that for a town of almost 3,000 inhabitants, there are four councillors on council salaries and a secretary to the mayor, while there is only one local policeman to ensure the safety of the residents. In this sense, he explains that in Zurgena there were four officers, three of them have gone to other towns and the remaining one will retire next year, so it is necessary that measures are taken as soon as possible.

The popular spokesman wonders why in Zurgena many of the municipal employees end up leaving for other places, a situation which does not only affect the local police, but has also occurred with the secretaries.

Trabalón says that in plenary session after plenary session his Municipal Group has asked the mayor to increase the number of local police posts and now, after insistence, the mayor has decided to call for one, which for the PP is clearly insufficient.

“Zurgena does not deserve a government team that does not look after the safety of its residents. We have been calling for years for the local police force to be increased and although it is good news that there will soon be competitive examinations to provide a new officer, we believe that the number of vacancies is too small for the population we have,” he said.

Domingo Trabalón finally states that his Municipal Group will continue to demand, plenary session after plenary session, the improvements that the municipality needs in terms of security and stresses that it is “unacceptable” that the mayor of the PSOE is more busy paying the salaries of the four councillors of his government team than working and looking after the welfare of all Zurgeneros.