Sexuality in Spain is still a taboo subject in many areas: family, social, political… and with it comes problems such as the one we are facing right now: a wave of sexually transmitted infections, known as STIs.

Years ago it was common to have awareness campaigns about the use of protection in sex such as condoms, but it was always focused on HIV. The virus was at a very worrying point in the population, and work has been done to eliminate it. Great progress has been made against the HIV virus, which in most cases no longer develops into AIDS, thanks to retrovirals. On the other hand, infections such as syphilis and gonorrhoea have been “forgotten”. 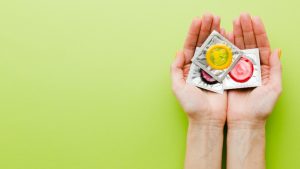 ation changed the terminology from diseases to infections for a fundamental reason: some people may be asymptomatic but infected. This is one of the main problems in combating the increasing cases of STIs in the country. Less awareness of the problem because of not perceiving it as a fatal or symptomatic disease to be feared as has happened with AIDS, HIV or the pandemic we are still suffering from COVID-19.

Added to this is sex education. Experts warn that continuing to maintain the taboo on sexuality, especially in early adolescence, is a mistake.

The current average age for the first sexual encounters is around 13-14 years old. Good sexuality education during the early stages of secondary education would strengthen knowledge about good health and social behaviour in young people’s sexual lives. Adolescents, although they have all the necessary information available to them through the internet, do not show the necessary level of awareness of the problems derived from not using sexual protection. This is demonstrated by data from the Ministry of Health, which show the exponential increase year after year of chlamydia in under 25s.

But the virus that is currently of most concern to the world’s health authorities in terms of sexually transmitted infections is the human papilloma virus. In Spain, women have been vaccinated against HPV for years, but doctors, associations and cortaporlosano.com warn of the need to also vaccinate men, who also contract and transmit the virus but with less risk of suffering serious complications such as cervical cancer.

HPV affects almost 80% of the world’s population according to WHO data, which is why researchers and health authorities are trying to warn that this, along with other sexually transmitted infections, could become the next pandemic.