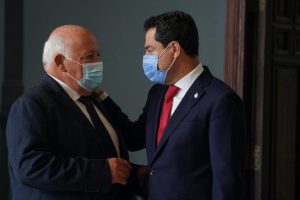 The Regional High Public Health Impact Committee, which met this afternoon at the San Telmo Palace, has decided to review the measures according to the current data and the downward trend in the evolution of the pandemic.

In this sense, in the last two weeks the downward trend in the incidence of Covid-19 that had been observed has been accentuated, placing Andalusia at a low risk level. The cumulative incidence rate has fallen to 98 cases per 100,000 inhabitants in 14 days and the rate in the young population has dropped significantly.

With the necessary caution in the de-escalation of preventive measures and continuing with the daily monitoring of the evolution of the disease in Andalusia, the Committee of Experts has decided to review the measures, among which the following stand out: