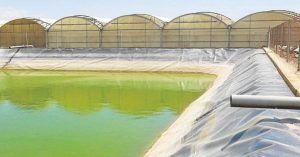 The Almeria Water Board is once again demanding that the competent administrations “take seriously the needs of irrigation in Almeria”, which has seen how its problems have increased in recent months with the reduction or suppression of water transfers, the delays in implementing new concessions or the problems caused by the very high electricity prices that the collective has to face and which “significantly increase” production costs, according to José Antonio Fernández Maldonado, spokesman for the Mesa del Agua de Almería (Almeria Water Board).

The Mesa del Agua de Almería has denounced that from 16 May until today, 17 September, the electricity bill for irrigation communities has increased by 372%. From paying 50.49 euros per megawatt/hour to the 188.18 euros that they will have to pay today. “This situation, which is verifiable just by looking at the electricity bill, is a real outrage for the irrigation communities in our province who continue to see how production costs are increasingly higher without any administration, in this case the central government, putting serious and applicable measures to reduce these costs to producers,” lamented José Antonio Fernández Maldonado.

In addition to the “historical problems that remain unresolved” and the absurdity of water management in the province of Almeria being managed by three different confederations, “this electricity price hike has now been added”, which is why the Almeria Water Board has asked the central government “to take this into account and support a productive sector that has been an example in the worst times of the pandemic, which has never failed, and which is now faced with more obstacles than those we have been facing for years”. The increase in the cost of electricity bills, in the last four months alone, “by more than 370%, is beginning to be unsustainable for many irrigators”. For this reason, the central government is urged “to take the necessary measures so that the bill does not continue to grow”. Either with a tax cut for producers or with other measures that are feasible and that would serve to guarantee the survival of irrigators.

The Almeria Water Board