The Guardia Civil, in a recent action within the framework of the Plan Mayor de Seguridad, has arrested two brothers, aged 30 and 32, for a robbery with violence outside a leisure establishment in the Almeria municipality of Huércal Overa. 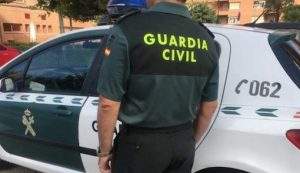 This action is part of the Major Security Plan, a project that is developed on an ongoing basis and by which the Guardia Civil officers maintain continuous contact with our elders, carrying out activities and talks in which they are offered advice to prevent them from becoming victims of this type of crime.

The incident took place at midnight, when the victim, a 66-year-old man, was about to leave the establishment in his car. The perpetrators approached him at that moment and assaulted him, hitting him hard on the head with the car door, and then robbed him of his telephone and wallet, in which he kept 90 euros in cash and various documents.

The suspects also tried to steal the car, but ended up giving up because they did not know how to use the automatic ignition system and fled on foot. The victim needed medical assistance and had to be treated at the Hospital de la Inmaculada in the town of Huercal Overa. He subsequently went to the official offices of the Guardia Civil to report the incident.

The agents began the investigation by taking a statement from the victim, who managed to identify the perpetrators in several photographs on social networks. The Guardia Civil already knew the detainees for similar criminal acts committed in the past. The agents proceeded to confirm the authorship of the facts with the preparation of a photographic recognition report in which the complainant recognised, without any doubt, the two brothers who had robbed and assaulted him.

The Guardia Civil focused its investigation on locating the perpetrators and carried out a search operation that led to the arrest of the two men. The proceedings, together with the detainees, have been sent to the Huércal Overa Magistrate’s Court, which ordered the two men to be sent to prison.