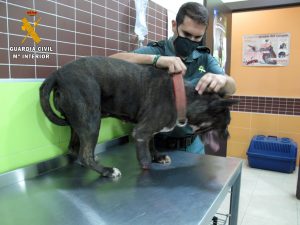 In a recent action, agents of the command of the Guardia Civil of Almeria investigated in Roquetas de Mar (Almeria) a person as the author of a crime of animal abuse and rescued an adult dog of the American Staffordshire Terrier breed that was in terrible hygienic and sanitary conditions.

This action is part of the incessant work carried out by the Guardia Civil, regarding the protection of animals and the fight against their mistreatment, in the province of Almeria.

The investigation began after the location of an adult dog in deplorable conditions, which also presented a partial amputation of one of its hind legs.

The agents observed how the dog was living in a place where it lived with its own excrement and received a deficient diet. 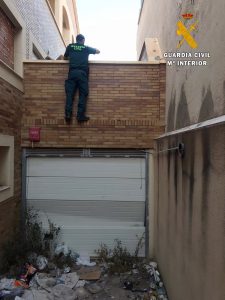 After identifying the person in possession of the animal, the officers found that there was no evidence that it had received any treatment for its wounds and that it had not received any veterinary treatment.
Guardia Civil officers requested an expert veterinary report in which it was stated that the dog had a serious injury consisting of the partial amputation of the right hind leg, and that given the time of evolution without treatment it presented a serious risk to the animal’s life. 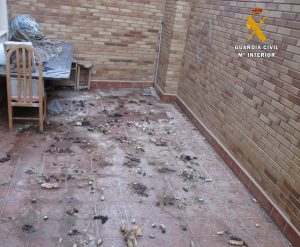 For all of the above reasons, the agents investigated the person responsible for a crime relating to the protection of flora, fauna and domestic animals, instructing the corresponding proceedings which were sent to the dean’s office of the courts of Roquetas de Mar (Almeria).

Subsequently, the agents monitored the evolution of the animal out of danger after surgery. 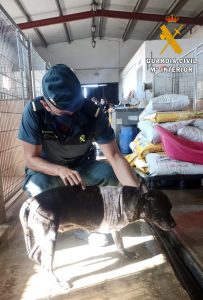 The Guardia Civil is carrying out an important awareness campaign against animal abuse and neglect, also through its social networks, in which through the hastag #yosipuedocontarlo it is intended to raise public awareness of how important it is to communicate if any animal is in a state of abuse or neglect, reporting cases through the telephone 062 or in any barracks of the Guardia Civil.

A video made for the campaign featuring well-known faces can be viewed and shared at the following link: https://youtu.be/7i3mim1LZNk