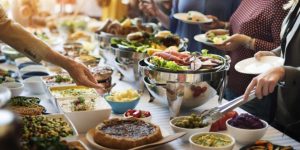 In Spain alone, 7.7 million tonnes are wasted, of which 14% is generated by the hotel sector, i.e. 1,078,000 tonnes, figures that show a huge social, economic and environmental impact. In 2019 the 74th United Nations General Assembly designated 29 September as International Food Loss and Waste Awareness Day, a growing problem in the hospitality sector, recognising the key role that sustainable food production plays in promoting food security and nutrition. According to data collected by the FAO, 8% of global greenhouse gas emissions are linked to food waste. An even more worrying fact is that one third of the food produced in the world is lost.

Spain, for example, is the seventh country in the EU that wastes the most food, up to 1,339 million products in 2018, according to data from the Ministry of Agriculture, Fisheries and Food. Reducing food waste can mean cost savings for the hotel sector and work in a more efficient way to make the business profitable. According to AECOC, the hotel and catering sector is responsible for 14% of the food waste generated each year in Spain, which means losses for the sector of more than 200 million euros per year. This is why better and better food waste management processes are being implemented.

Established accommodation operators such as Accor, Hilton and Hyatt have set targets to reduce food waste by 30% by 2030. “Our food waste partnerships include those with ToogoodTogo and Salvados, companies that are committed to a more sustainable and profitable world”. Oriol Reull, director of Too good to go in Spain, argues that “fighting food waste is one of the three most effective things we can do to stop climate change”. As he himself stresses, “it is estimated that around 30% of the food served in hotel buffets is wasted”.

Salvados Beer was born out of a desire to provide an alternative to the food waste that exists in the world. The hotel sector is also in the focus of food waste, a defect that involves millions of tonnes a year. Although the problem is still persistent and strong, the shift towards saving food is becoming clearer. In addition, the disposal of this food in landfills generates greenhouse gas emissions, contributing to climate change.