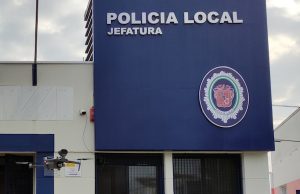 The head of the Court of First Instance and Instruction No. 1 of Huércal Overa has already set a date for the two main suspects in the crime of Gaspar Benítez Parra to sit in the dock.

On the 1st, 8th and 22nd of October, the two detainees – Gaspar’s ex-partner (B.N.A.A.) and a friend of hers, D.V.G., (whom the woman would have asked to give a scare to her partner with whom she was in the process of separating), and people close to the family environment must give statements in order to clarify the events that ended with the death of this neighbour, whose body was found in a family-owned farmhouse after having been stabbed, as certified by the autopsy carried out.

From the case, it is clear that the 67 year old Colombian detainee had ordered her friend D.V.G., also Colombian, to kill her husband, which happened on 14 August between 13.30 and 14.45 hours.

Gaspar was in a farmhouse of his property located in the Rambla Los Cabecicos de Huércal Overa, according to the case, “where D.V.G. appeared and repeatedly stabbed Gaspar with a knife all over his body, causing 14 wounds in the chest, a wound in the right thigh, defensive wounds in the left forearm, right hand, wounds in the back, head and neck”.

Days after the events, the woman presented herself at the Guardia Civil barracks accompanied by her lawyer, where she confessed to being the instigator of the crime, although she reportedly stated that she “wanted to give her partner, a 65-year-old man who had retired last January, a scare”.