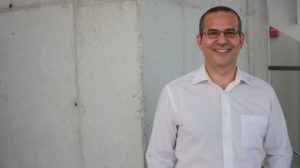 Despite the high vaccination rate we have achieved both nationally and in the Region of Murcia, the percentage of the population that remains unimmunised, around 20%, still leaves room for the virus to reproduce and give rise to a sixth wave. This is according to Antonio Guirao, professor of Physics at the University of Murcia, who has been analysing the evolution of the pandemic for months.

Guirao reminds us that, “in addition to those who have not yet been injected with the vaccine, we must add those who have not developed defences against the coronavirus, who are approximately two out of every ten vaccinated”. This means that there is enough of a population for infections to multiply and grow again at a worrying rate. At the moment, he warns, the reproductive number is already slightly above the one barrier in the Region of Murcia, so the disease is spreading again.

What is expected is that the rate of hospitalisations and deaths that the pandemic left in the first waves will not be repeated now that a large part of the population has been vaccinated. In other phases, eight out of every 100 patients were hospitalised and one ended up in an ICU. What is foreseeable, says Guirao, is that “that ratio will now change downwards, but that remains to be seen. So the most reasonable thing to do is to remain prudent because we have not yet put this crisis behind us.