The president of the Junta, Juanma Moreno, has highlighted the enormous potential of the fruit and vegetable sector and the marble industry, which he has defined as key sectors in the recovery of Andalusia, while praising the important role they have played in the face of the Covid-19 pandemic.

Moreno, who visited the Town Hall of Macael last Friday where he held a meeting with its mayor, Raúl Martínez, stressed the support of the Andalusian Government for Almería and said that it is an honour to be in this municipality and to be able to see the effort and sacrifice of the businessmen who have managed to place this province in the world thanks to innovation, development and entrepreneurial culture.

An example of this commitment is the inauguration of the new Health Centre and the Accident and Emergency Department, which will mean a significant improvement to avoid having to travel to other municipalities and which will extend the care portfolio of the region.

For this, it is essential to approve the 2022 Budget because it includes many stimulus measures that are essential for the long-awaited recovery. A total of 242 million euros of investment will be earmarked for this province, which is 88 million more than in 2021.

In this way, he has insisted on the commitment of the Andalusian Executive with the natural stone sector and, in particular, with Macael marble. A sector that had a very bad time during the crisis of 2008 due to the collapse of the construction industry and that now with the pandemic has chained another bad situation.

At this point, we must remember that with the Macael marble, the perennial applause has been immortalised in the eight Andalusian capitals for all those professionals who continue to risk their lives for everyone, who fight relentlessly against the virus and continue to investigate how to neutralise it. This applause is also extended to those who protect us, such as the State Security Forces and to those who supplied us with fresh produce during the confinement.

It is also worth highlighting the work of the construction sector and its enormous contribution to the recovery of Andalusia, as reflected in the exports of natural stone from Almeria, which have registered record growth in the first eight months of 2021, becoming leaders in Spain with 521 million in sales, 47% more than in the same period of the previous year.

In this sense, he pointed out that we are facing a mature and experienced sector that has made innovation and internationalisation its essential pillars and that is knowing how to face the current situation.

He also referred to the Almanzora Dual Carriageway, which the Andalusian Government has promoted with the greatest possible diligence to speed up the pending sections, one between La Concepción and the Mediterranean Dual Carriageway, which is already underway, and the other between El Cucador and La Concepción, which is in its final stages. In this respect, he pointed out that it was high time that the marble industry had an infrastructure in line with its demand and high level of exports, and he described this dual carriageway as crucial in terms of competitiveness and logistics. 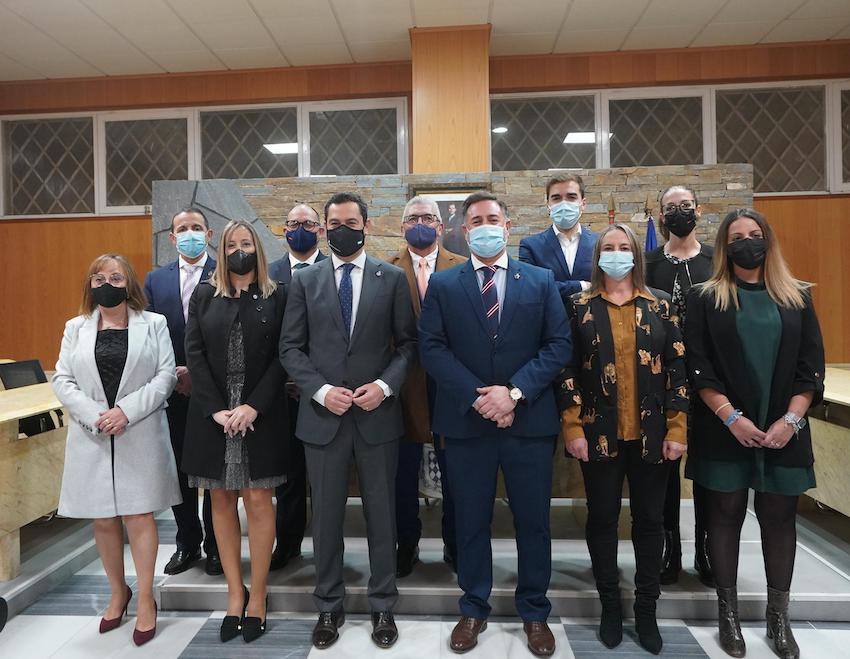 “The Andalusia brand is strengthened by the quality we have and we continue to work for the future in all areas such as health or education as with the dual training that has meant that young unemployed thanks to public-private collaboration between the sector, companies and the Junta, with the training modules, has meant that 92% have become employed. We will continue working to make Almeria a national and global benchmark,” he concluded.