The “cerdolí” is one of the clearest examples of what the introduction of an exotic species into a habitat that is not its own can entail. This animal is the result of a cross between the Iberian wild boar, a species native to the Iberian Peninsula, and the Vietnamese pig, of Asian origin and declared an invasive species by the government two years ago. The first hybrid specimen between the two species was identified in Spain in 2010.

This wild pig is smaller than the wild boar, weighs between 80 and 100 kilos and has longer legs. It is generally hairier, with a thick dark coat, although hairless specimens have also been detected. In addition, its muzzle is usually longer than that of the wild boar; however, it can also have a flat snout.

On the other hand, female Vietnamese pigs have a monthly mating period (as opposed to the biannual breeding ritual of the wild boar) and have larger litters. Although they are feral, they are more trusting of humans and tend to come closer to population centres, being the target of road traffic accidents, a problem that is accentuated by their diurnal nature, unlike the wild boar, which is much more active at night.

Likewise, they do not hesitate to approach the nearest crops and plantations in search of food, so they are also a real danger to farmers’ harvests. As far as gastronomic use is concerned, it is not a very common animal in the kitchen, due to the fact that its meat is very fatty.

From fashionable pet to environmental threat
In the last decade, this animal has spread to Valencia, Madrid, Catalonia, Castile and Leon, Aragon and Navarre. Its proliferation in the wild is due to the uncontrolled release of the Vietnamese pig, an animal that became very famous as a pet practically all over the world, after images of several celebrities, George Clooney being the main example, with this variety of domestic pig at home.

However, despite the fact that during the rearing period these pigs look like small boars of small proportions and endearing appearance, the truth is that when they reach adulthood in some cases they can exceed 100 kilos in weight, so many households cannot (or do not want to) afford to feed and care for them.

It is at this point that owners decide to release them into the wild and they become a threat to the ecosystem into which they have been introduced, as well as to the evolution of the Iberian wild boar, with which they will have to coexist. 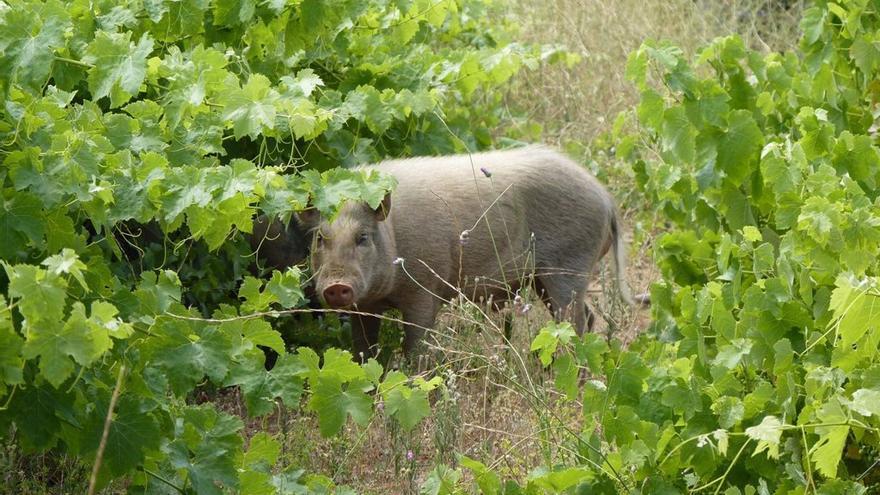 As the Vietnamese pig is a subspecies of the wild boar, reproduction between the invasive and the native  species is possible, a crossbreeding from which the piglet is born. Due to their higher reproductive capacity, this hybrid can easily expand and settle in an ecosystem, outcompeting wild boar populations. In this way, the piglet is spreading throughout Spain.

The Ministry for Ecological Transition also points out that the crossbreeding between the wild boar and the Vietnamese pig “could reduce the genetic heritage of the Spanish wild boar population” by mixing the genes of both species, especially when one of them includes the weaknesses of an originally domestic animal.

Their proliferation has a great impact on both the local fauna and flora, as they are omnivorous animals that can feed on both plants and other living beings, mainly small vertebrates and some insects.

For all these reasons, the Vietnamese pig, the starting point of this environmental problem, is included in the Spanish Catalogue of Invasive Species, which prohibits its possession, transport, traffic and trade in live specimens.

For this reason, administrations and experts remind us of the need not to release into the wild pets or exotic animals that are inappropriate for the ecosystem, as this only results, in the long run, in a serious alteration of the natural balance.

Invasive alien species, whether plants or animals, are one of the main environmental problems in Spain today, as they displace native species, which may eventually disappear.

From 1 January 2022, under new animal regulations, it will be forbidden to keep Vietnamese pigs as pets, which experts hope will help to stop them becoming feral and interbreeding with other species.