Practically all the towns in the Almanzora region have held events throughout the week to commemorate the international day against gender violence. In all of them, the different women’s associations and younger groups have played a leading role.

La Comarca Noticias made a special radio programme from the plenary hall of Tíjola, with the participation of the agents working in the fight against this social scourge, in this, the first Safe Space municipality in the province.

The radio programme, presented by Paqui Martínez, included the participation of the mayor himself, José Juan Martínez, the mayoress of Social Services, Maribel Tapia, the Chief of the Local Police, José Juan Sánchez Matías, and the Vice-President of FADEMUR, Trinidad Navarro, with whom important issues such as the Viogen and Atempro protection systems or the steps to follow and how to act in a case of gender violence were discussed.

The high school boys and girls from IES Alto Almanzora talked about cyber-violence, the neighbours Carmen and Rosa, from Tíjola, on behalf of the ‘Asociación de Mujeres Aurora’ shared their work throughout the year and the social worker, María Nieto, closed the programme talking about the rights and resources that every woman victim of violence can have to get out of this situation. In the afternoon, the tijoleños read a manifesto to express their support for women and families who suffer violence.

In the same line was demonstrated in towns such as Macael, where throughout the week there have been activities with the Associations ‘Al Ayón’ and ‘Macandeu’, including the rally and reading of a manifesto in the Town Hall Square or the Podcast Radio Workshop, aimed at women of the Provincial Council of Women of the Provincial Council of Almeria. 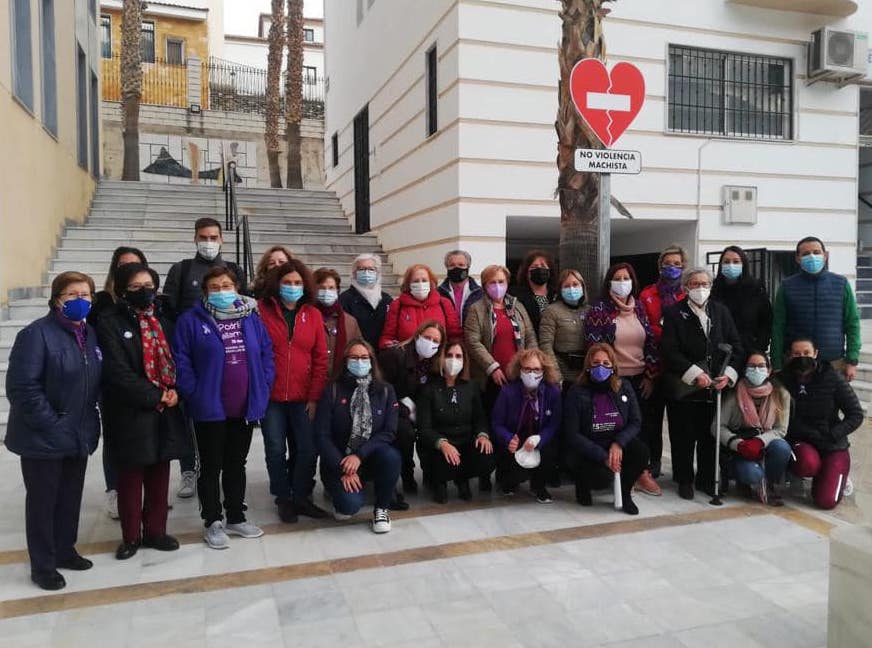 In Fines, once again this year, they have had their neighbour Rosa Galera very present in the acts carried out at the viewpoint that bears her name, and where a large flag with the purple ribbon symbolising the fight against gender violence was installed. 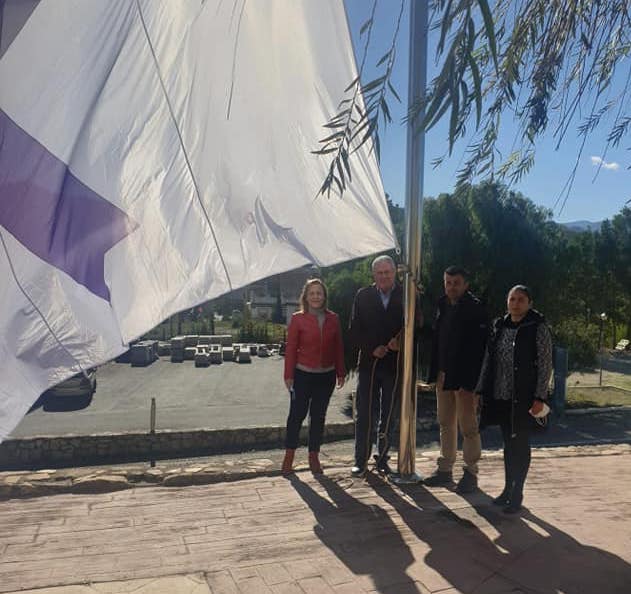 In Olula del Río, through the State Pact against Gender Violence, different awareness-raising campaigns were organised with the hotel and catering industry and local commerce, which dressed in purple to condemn gender violence. 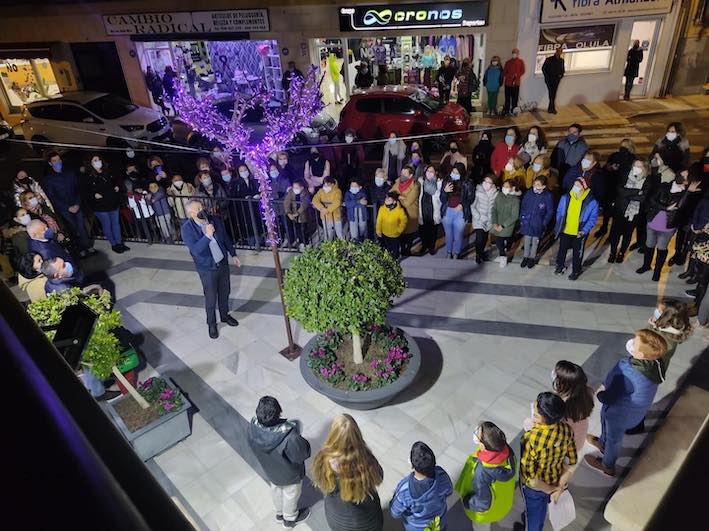