Up to 14 primary care centres are downgraded from green due to an increase in contagions. 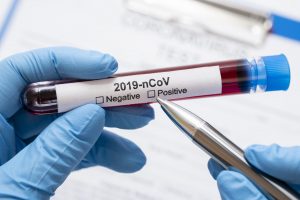 The increase in coronavirus infections in the Region of Murcia in recent weeks is taking its toll on primary care health centres, where positive patients and their contacts are monitored.

This increased pressure and the rise in incidence in some areas has meant that the covid traffic lights that warn of the situation in health centres and clinics, limiting face-to-face assistance to patients, have begun to change and some of them are going from green, which gives an image of a certain normality, to yellow and orange levels.

These are the first effects of the sixth wave, which is already being felt in the Region and which is recognised by the Regional Ministry of Health itself. The incidence has increased by 90 percent in the last week and by 60 percent in the previous week, a trend that continues to repeat itself and which puts those responsible for Public Health on alert as to what may happen with a long weekend holiday in the first days of December.

The situation is not alarming at the moment, as six of the nine health areas into which the regional health map is divided still have all their primary care centres with a green light. However, in three others the lights have begun to change and they have moved out of the comfort zone of that colour to yellow and orange. These are areas II (Cartagena), VI (Reina Sofía de Murcia) and VIII (Mar Menor).

The Mar Menor health area is also in this situation, where two of its five health centres are in orange (Torre Pacheco East and Torre Pacheco West), one more is in yellow (San Pedro del Pinatar) and two more are in green (those corresponding to Los Álcázares and San Javier).

Another of the areas that cannot boast of having all its centres in green is area VII (Reina Sofía de Murcia), where one of its twelve health centres has changed from green to yellow (Beniel), which is already making it necessary to be alert to a change in trend that will become more widespread in the coming weeks.

The technical criteria foreseen for this week by the National Public Health Commission has allowed the Covid Committee to maintain the level of alert 1-low in the Region for another week. However, the community is allowed to maintain level 1 care thanks to the fact that hospitals are containing the epidemiological data and that admissions have not skyrocketed, since at epidemiological level the Region has already moved to level 2, according to health sources confirm.

Despite this, the Covid Monitoring Committee has decided to maintain the control measures for another week and not to increase the restrictions that are still in place in the region.

The number of infections jumps again to 200
The Region of Murcia has registered 207 new cases of coronavirus in the last day (Monday), according to the figures provided yesterday by the Regional Ministry of Health. Of these, 69 correspond to the municipality of Murcia, 33 to Cartagena, 23 to Torre Pacheco, 9 to Jumilla, 9 to San Pedro del Pinatar, 6 to Alcantarilla, 6 to Molina de Segura, 5 to San Javier, 5 to Los Alcázares, 5 to Mazarrón, 4 to Abarán, 4 to Alhama de Murcia, 4 to Lorca. The rest are distributed throughout the other municipalities.

In addition, on this last day two deaths have been reported due to the coronavirus, breaking the trend of no deaths that had been maintained over the weekend. They are a man and a woman aged 91 and 93 from health area I (Arrixaca) and II (Cartagena). This brings the number of deaths from covid in the Region to 1,766 since the start of the pandemic in March 2020.

The most worrying data, in addition to once again surpassing the barrier of 200 daily infections, is the increase that has been recorded in hospital admissions, reaching a total of 65 hospitalised patients in the Region, this figure represents an increase of 38 percent in a single day, since the previous day the admissions stood at 47 users.

Of the 65 hospitalised, 10 are in Intensive Care Units (ICU) due to their seriousness. The ICU patients range in age from 27 to 79 years and 80 percent of them are unvaccinated.

During the third week of November, the Region recorded an incidence rate of 135 cases per 100,000 inhabitants at 14 days and 89 cases at 7 days. This represents an average weekly increase of 90 percent.