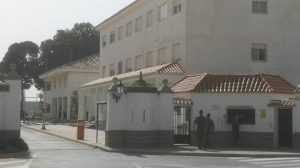 One of the places where there has been a notable increase in cases in recent days is the General Air Academy in San Javier. There, about forty people, including military and civilian workers, are infected with COVID. Although the situation is being treated as if it were an outbreak, in reality the origin of the infections is very diverse.

Gema Pérez Gomariz, collaborator with the epidemiology service and in charge of monitoring the cases identified in the security forces. She says that “in the Academy, internal contagions have been added to others produced in the most diverse areas, which shot up after the Puente de la Constitución”. Pérez adds that “similar circumstances have begun to be observed in Civil Guard posts where, until now, outbreaks of covid were not common”.

What lies at the heart of this phase of the pandemic is a constant, unlike in previous waves, when social contacts were very limited, now there is freedom of movement and the possibility of participating in larger gatherings or attending mass events. All of this makes tracing very complicated: on the one hand, it makes it difficult to identify the circumstances in which the contagion occurred; on the other hand, it multiplies the chances of the disease having spread to other people.

A paradigmatic example is what happens with quarantines in the past, direct contacts of a confirmed positive person had to be isolated at home for at least ten days. Now they can move freely, although they are asked to monitor for symptoms and to avoid associating with vulnerable people.