The shores of the beaches of La Manga and the waters of the Mar Menor appeared this Sunday full of jellyfish. The experts consulted report that the easterly wind has dragged a shoal of jellyfish Pelagia noctiluca to the coast of Cartagena.

Beaches like Galúa or the area of Marchamalo are full of this species and the neighbours claim to be surprised. “I have been living here for 40 years and I have never seen so many”, explains a resident of La Manga.

“The population level is growing and there is a great proliferation of jellyfish. As they have little mobility, the wind has dragged them to the Mar Menor and the beaches. Four years ago the same thing happened in the Port of Cartagena,” reports expert Francisco López of the Cartagena Oceanographic Research Institute (CORI). “Shoals of this species pass through Cabo de Palos and Calblanque many times. Now, I haven’t seen so many in that area”, adds another expert.

The overpopulation of Pelagia noctiluca, known for their extremely stinging stings, has created large banks of jellyfish that have been dragged to the shore by “the successive storms of Levante that have hit the coast”, affirm from the City Council of Cartagena, which adds that it is foreseen that tomorrow they will go to remove them.

On the other hand, the Regional Ministry of Water, Agriculture, Livestock, Fisheries and Environment reports that it is a natural process as there are no “fish or any other species, so nothing toxic is ruled out”. 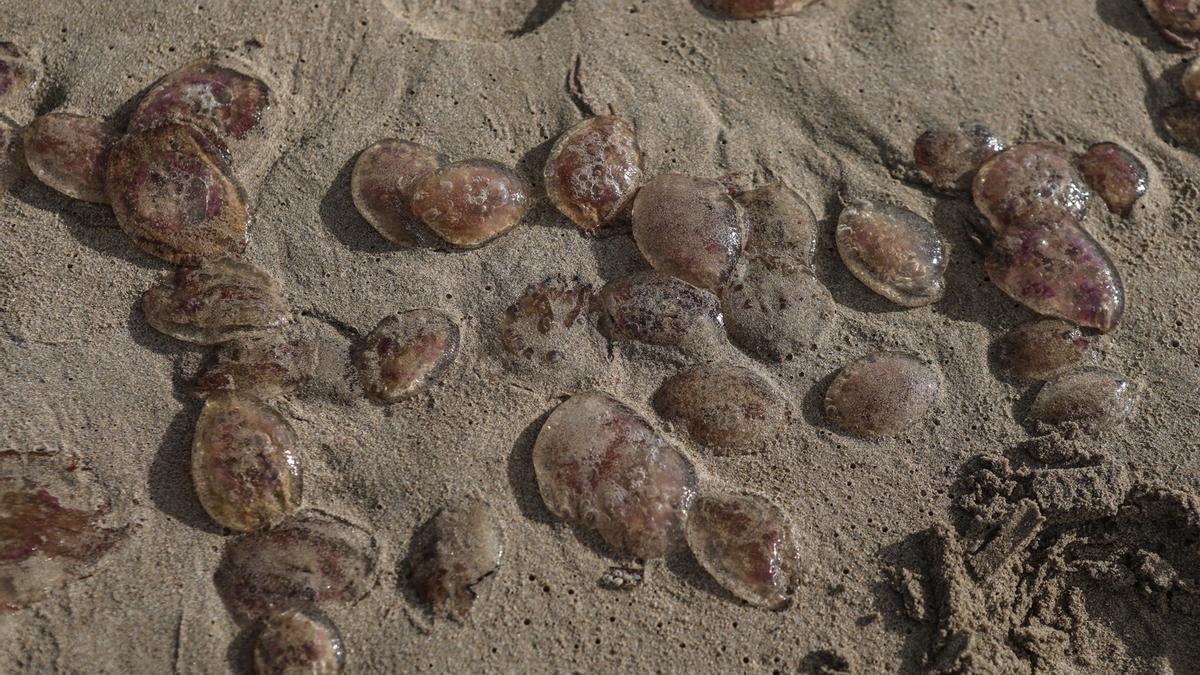