The regional government has awarded a grant of 40,000 euros to the Museo del Mar de San Pedro del Pinatar, which will promote the digitisation of documents and allow the maintenance of antique instruments. 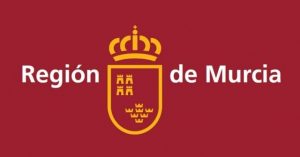 The Community will contribute to the dissemination of the fishing heritage of the Mar Menor and the dissemination of traditional arts and crafts. To this end, it has awarded a grant of 40,000 euros to the Museum of the Sea in San Pedro del Pinatar, which will help to conserve and maintain the documentation and the numerous antique instruments it houses.

The Director General of Livestock, Fisheries and Aquaculture, Francisco Espejo, said that “the history of the Mar Menor is linked to the seafaring tradition and ways of life based on artisanal fishing, so we have to bring society closer to its rich heritage and the work carried out for centuries by the fishermen of the region”.

The aim of the grant is to facilitate the digitalisation of documents for their complete conservation, as well as the maintenance of fishing instruments and models showing the ways of working of certain fishing arts and trades, and also to support the adaptation of the visitable areas of the museum, such as part of the Lonja de Lo Pagán.

The Museo del Mar is managed by the Fishermen’s Guild of San Pedro del Pinatar since it was founded in 1980 and has an altruistic activity, as it does not receive any income for the visits it receives.

It is the only museum in the Mar Menor region dedicated exclusively to the art of fishing and includes models of traditional nets (encañizadas, paranzas, pantasana, etc.), old photographs of fishing at sea and the work of fishermen, a collection of traditional lateen sailing boats, as well as emblematic, historic and war ships such as caravels and galleons.

The grant is 85 per cent co-financed by the European Maritime and Fisheries Fund and the remaining 15 per cent by the Community.