– Two separate, unrelated operations were carried out on different days.

– In both cases, several sheets of hashish of the same origin were seized.

– Between the two operations, around 500 grams of hashish were seized. 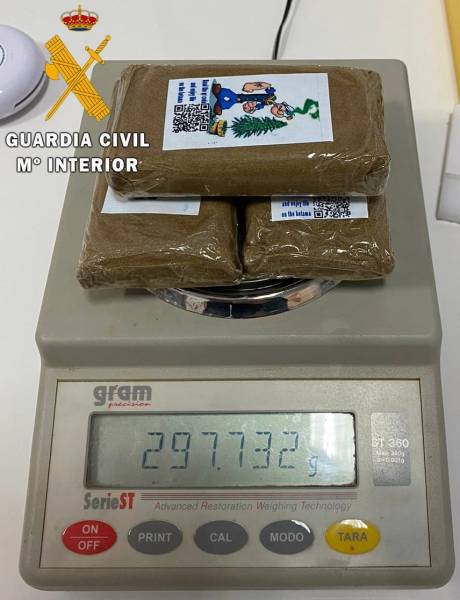 The Guardia Civil of Almeria, in two recent actions, has arrested in Campohermoso-Nijar (Almeria) two people, both men aged 50 and 33, as perpetrators of a crime against public health, after seizing several plates of hashish that they were carrying in their vehicle.

These seizures are the result of the different actions carried out by the Guardia Civil of Almería in the fight against the trafficking, processing and/or cultivation of narcotic substances in the province.

In a first action, the Guardia Civil officers, as part of their own public safety duties, noticed a person driving his vehicle along the Camino de los Garridos in the town of Campohermoso-Nijar (Almería), making some strange movements inside when they detected the presence of the police.

Suspecting that he was trying to hide something, the agents proceeded to identify him, a 50-year-old man from Campohermoso-Nijar (Almería), and then searched him, at which point, hidden inside the driver’s seat, they found 3 plates of hashish (297 gr) with the Popeye logo, and immediately proceeded to arrest him as the author of a crime against public health. 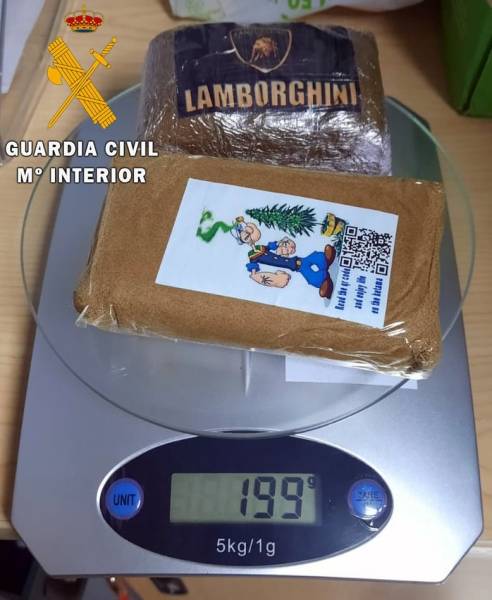 Given the excessively nervous attitude of the driver of the vehicle during the identification, the agents proceeded to carry out a superficial search, locating in an inside pocket of his jacket two hashish plates (one with the Popeye symbol and the other with the Lamborghini symbol) weighing 199 grams, for which they proceeded to arrest him for a crime against public health.

Finally, as a result of these actions, the Guardia Civil of Almeria arrested two men aged 50 and 33, both residents of the town of Campohermoso-Nijar (Almeria) as perpetrators of a crime against public health when 5 plates of hashish (496 gr) of the same origin were seized.

The proceedings carried out by the Guardia Civil, together with the detainees, have been handed over to the Duty Court of Almeria.