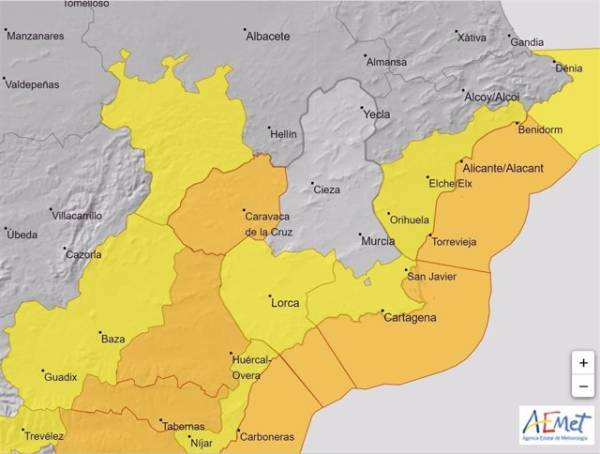 In the latest bulletin with the weather forecast for Monday, the State Meteorological Agency (AEMET) has lowered to yellow the risk level for snowfall in the Northwest region of the Region of Murcia, the coastal phenomena and adds a new yellow alert for winds.

Thus, with a probability of between 40 and 70 percent, from 00.00 to 18.00 hours, an accumulation of snow could reach 2 centimetres in 24 hours. The greatest accumulations of snow are expected in the extreme northwest of the region and above 900 metres.

The Directorate General for Public Safety and Emergencies has activated the Territorial Civil Protection Plan of the Region of Murcia (PLATEMUR) in the pre-emergency phase and informed all affected municipalities.