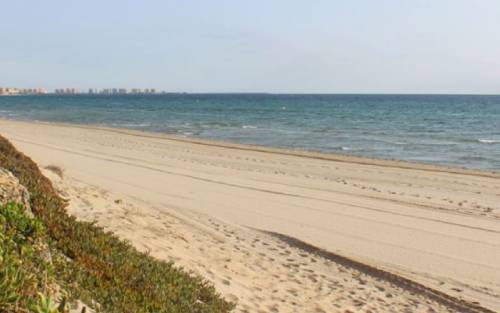 San Javier has obtained this year 2 new blue flags, which will fly on the beaches El Pedrucho, and Banco del Tabal-Calnegre, requested jointly by San Javier and Cartagena, which are added to the one that already had on the beach Ensenada del Esparto, all in La Manga del Mar Menor.

The councillor for Tourism and Beaches, Antonio Martínez, expressed his satisfaction at “having won two new flags, which are the total for the Region of Murcia”.

Martínez pointed out that in addition to recovering the blue flag of Pedrucho, the municipality of San Javier has certified the beach of Banco del Tabal “in an example of collaboration with the City Council of Cartagena”, together with the Calnegre beach in the municipality of Cartagena, resulting in the Banco del Tabal-Calnegre beach, an area of 5 kilometres of sandy beaches with all the regulatory provisions provided by both councils.

The councillor for Tourism, Antonio Martínez, highlighted the international importance of the Blue Flag, which emphasises the quality of the water, as well as other services such as safety and facilities.

For the councillor for Tourism, this increase in the number of blue flags in La Manga “is another factor to add as another attraction for the destination at a difficult time for the sector”.