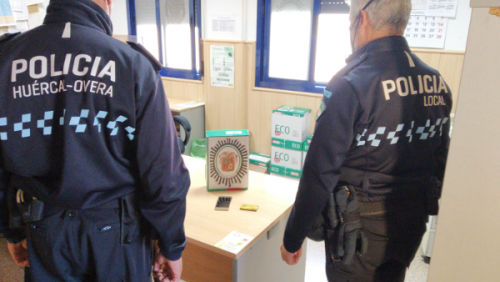 Local Police of Huércal-Overa arrested on the 20th of May a woman with the initials M.I.M.R., 50 years of age, as the alleged perpetrator of two offences of forgery of private documents (rental contracts).

The events took place when agents of the Local Police in close collaboration with municipal officials, attached to the area of personnel with administrative functions of Census and Registration of persons, observed various documents registered in the City Council of this town that were suspected of having been manipulated irregularly, so the agents undertook investigations in order to clarify what happened.

The police investigations led to the identification of several people who were involved in the allegedly irregular registrations, using as a modus operandi the use of data relating to property owners who in no case knew of the existence of such rental contracts.

The detainee acted using data on people and properties owned by them without their consent, where she tried to register interested parties on payment of an economic amount, collecting private information from the mailboxes located in the different buildings.

Following these actions, officers from the Local Police of Huércal-Overa proceeded to arrest a woman and identify numerous people who were taken to court as the alleged perpetrators of the crimes with which she was charged.