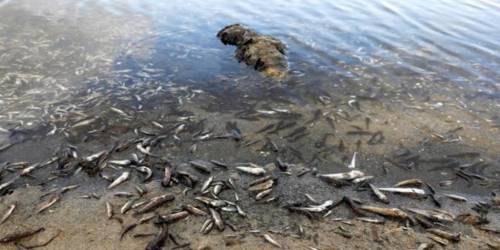 The chief prosecutor of the High Court of the Region of Murcia (TSJRM), José Luis Díaz Manzanera, has confirmed that his department has opened an investigation after learning “from a news item in the press” to act “ex officio” to clarify the recent episode of dead fish in the waters of the Mar Menor in Santiago de la Ribera (San Javier).

Díaz Manzanera has assured that the Public Prosecutor’s Office “is on top of the issue” and that, for now, “it is waiting” for the “relevant” reports from SEPRONA, the Directorate General for the Environment and the Environmental Agents.

The prosecutor pointed out that if this event “were to result in criminal responsibility and, fundamentally, which is the most complicated thing, possible perpetrators, then there is no doubt that the Public Prosecutor’s Office would continue with the process as far as necessary”.

Finally, it should be noted that last Wednesday, environmental agents from the Autonomous Community of Murcia removed some three kilograms of dead fish from a beach on the Mar Menor belonging to Santiago de la Ribera, in the area of Socaire, in the municipality of San Javier.