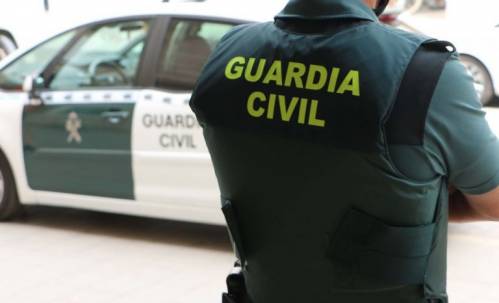 In a recent investigation, the Guardia Civil of Almeria clarifies an attempted murder motivated by a neighbourhood argument in Macael and arrests the perpetrator.

This action is part of the permanent work that the Guardia Civil of Almeria develops for the investigation, resolution and prevention of crimes.

The Guardia Civil became aware of the facts following a telephone call from the Hospital Comarcal La Inmaculada de Huercal Overa, in which it was reported that an 81 year old man had been admitted to the intensive care unit due to two stab wounds to the back and another to the left side, one of them affecting the lung.

With the utmost speed, the agents in charge of the investigation carried out the necessary steps to gather as much information as possible from possible witnesses and once the place of the incident was located, they carried out the corresponding ocular inspection, locating the knife used (a razor with a blade length of 10 cm) on a nearby rooftop.

As a result of this investigation and after the reconstruction of the facts, the Guardia Civil arrested a man, after a neighbourhood dispute, as the author of a crime of attempted murder.

The proceedings, together with the detainee, were handed over to the Purchena Court of First Instance, which ordered him to be remanded in custody without bail.