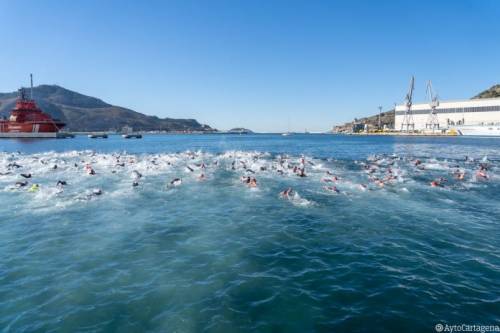 The first Water Games to be held in Spain will take place in the Region of Murcia, with venues in Cartagena, Cabo de Palos and La Manga, as well as other venues in Santiago de la Ribera, Lo Pagán and Los Alcázares.

Open water swimming, rowing, sailing or surfing, up to 18 official Spanish Championships will be held in these venues from 22 September to 2 October.

As the Mayor of Cartagena, Noelia Arroyo, pointed out, this “commitment” to position the city on “the map of major sporting venues” is possible thanks to the fact that Cartagena is European City of Sport, which means that 90 major sporting events will be held this year, 34 of which are national and international competitions, which will bring more than 10,000 athletes who will make a number of overnight stays that will be over 45,000.

Among the major events, the celebration of the Water Games stands out, which will generate 22,500 more overnight stays, which will be distributed among the hotels of the Mar Menor, including Cartagena.

Competitions for all tastes