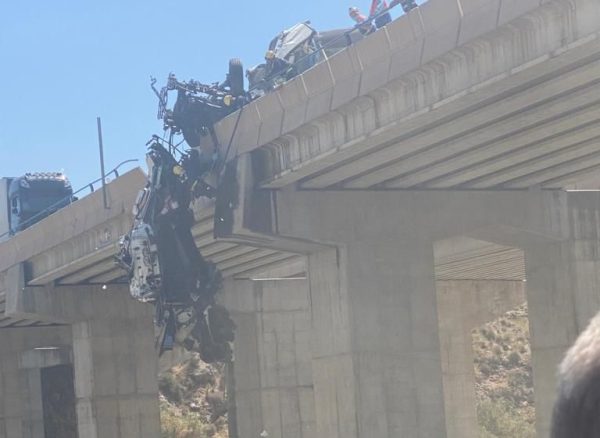 One person has died this Monday in a collision between two lorries on the A-7 motorway as it passes through the Almeria town of Huércal-Overa, according to Emergencias 112 Andalucía, a service attached to the Regional Ministry of the Presidency, Interior, Social Dialogue and Administrative Simplification of the Junta de Andalucía.

The incident occurred at kilometre 682 at around 14:00 hours, when a lorry collided with another lorry which was stationary due to a breakdown at the height of a bridge. The victim is the driver of the parked vehicle, who was outside the vehicle and after the collision fell off a bridge some 30 metres high.

The other driver had to be rescued after remaining hanging from the cab of the infrastructure and is in stable condition, according to sources from the Levante Fire Brigade Consortium.

The accident, which also involved the Guardia Civil and the 061 Health Emergency Centre belonging to the Andalusian Health Service, has led to the total closure of the road in both directions.