The City of San Javier has invested 50,000 euros in the renovation of the asphalt of the street Sierra de la Muela, one of the roads that support more traffic in the polygon of Los Urreas, in San Javier. The mayor of San Javier, José Miguel Luengo explained today during a visit to the works, the performance gives solution to the previous poor condition of the road, with a new special pavement for heavy vehicles, in a total area of 1500 meters.

Mayor José Miguel Luengo reported during the visit, in which he was accompanied by the Councillor for Public Services, María Dolores Ruiz, that in two months is expected to have completed the development project of the first phase of the industrial estate, the oldest part of the estate that drags a problem arising from the lack of appropriate land management in its origin, so it remains unaccepted by the City Council. The street Sierra de la Muela, object of the work, belongs to a second, more modern phase of the industrial estate which has been accepted by the City Council. 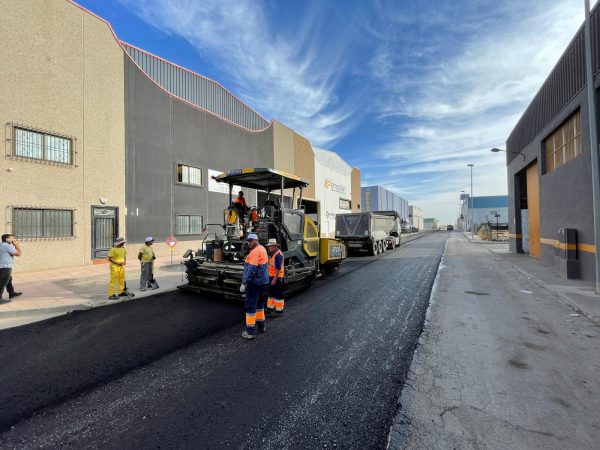 José Miguel Luengo recalled that the urbanization project is being carried out by the City Council at the request of the owners due to lack of agreement between them, “in order to have all the appropriate urban services in that part of the polygon as in the rest”. Luengo informed that once the urbanization project is finished, the reparcelling project will be carried out to start the works to improve all the services. At this point, the economic contribution to be made by each owner will be specified, including the City Council, which has several municipal buildings in the area, so that it can finally be received by the City Council. 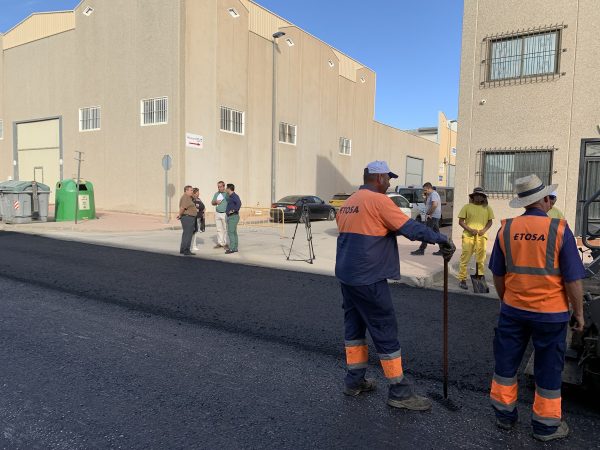 The problems of the first phase of the industrial estate Los Urreas have been dragging on since the beginning of the unit of action, which did not cede the corresponding common spaces to the City Council, which has prevented until now the municipal action and the correct maintenance required by an industrial estate already consolidated with Los Urreas.