The new Executive of the PSOE of Albox has denounced the “pitiful state” in which the municipal watercourse is in and has asked the mayor to exercise his powers “or to claim it from whoever has them” and to improve this “fundamental space” for the life of the people of Albox and visitors.

“There are numerous sinkholes and cracks that have occurred as a result of the rains or the passage of vehicles, without the Town Hall of Albox has done anything to cover them, in a neglect of functions never seen in the history of our municipality,” said the socialists who added that the people of Albox “we do not care about the personal struggles of the mayor with the Delegation of Environment or his legal proceedings, what we want is that the council ends once and for all with the ruinous state in which our wadi is”. 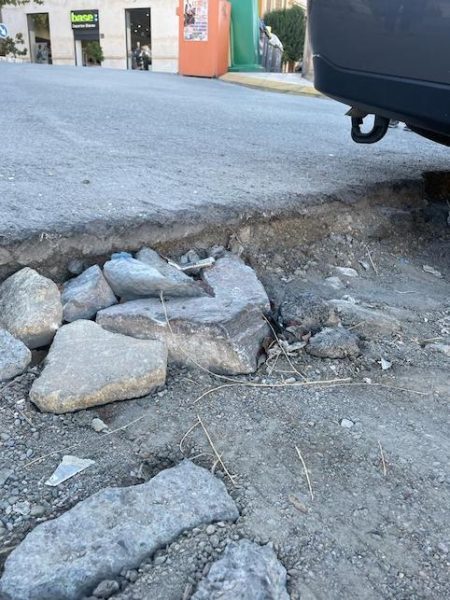 The PSOE of Albox recalls that the councillor publicly promised in May to clean up the wadi by applying artificial gravel “and after three months he has still not complied”, they have complained. “In view of this situation, the PSOE of Albox went on to remind him publicly on social networks, and his response was to delete the comment and block our party on Facebook,” they denounced. “This, in addition to showing that the mayor does not like the debate when he is clearly not right, tells us clearly that Torrecillas is not willing to keep his word and intends to continue abandoning this fundamental space for our town to its fate”.the socialists ask the mayor “to rectify, to keep his word and to put an end to the damage that the current state of the Albox wadi means for everyone”.