The Mayor, José Miguel Luengo and the Councillor for Sports, Sergio Martínez, have begun a round of meetings with the sports clubs in the municipality to learn about their progress and sign the agreement that the City Council of San Javier signed with all of them to promote sport in the municipality.

The agreements, which establish the cession of municipal spaces and resources to facilitate the activity of each club, aim to promote variety in sport through different sports, especially among young people, and competition.

The first to formalise the agreements with the City Council were the Aidemar Sports Club, the San Javier-Mar Menor Swimming Club and the Mar Menor Sports Association, MARME, whose presidents were accompanied by a representation of their athletes. 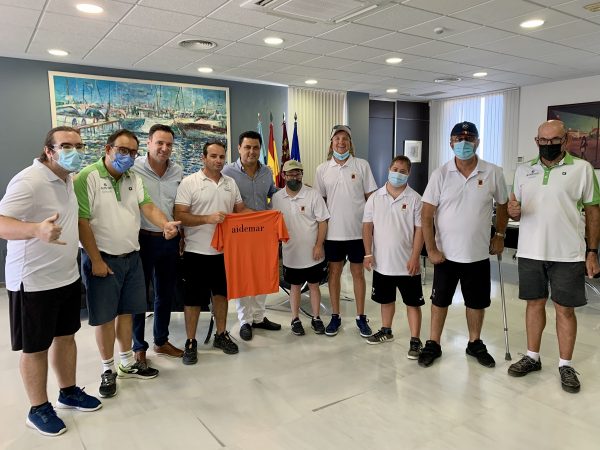 The Aidemar Sports Club, which due to its multisport status uses different municipal facilities, starts the new season with almost 80 disabled athletes in different sports. Football, swimming, athletics and basketball are among the Club’s modalities, which also stands out in golf and horse-riding competitions, among others. Pedro Javier Sánchez, head of the Aidemar Sports Club, recalled that the Club will be 30 years old in 2023 and assured that they will continue to work to promote sport for people with disabilities with a more inclusive approach. 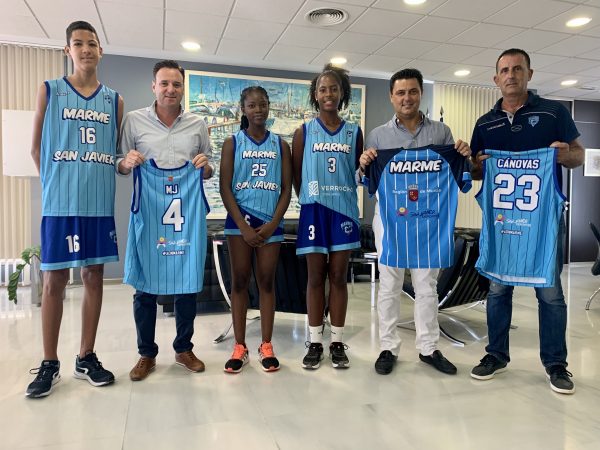 The MARME basketball club, one of the largest and most established clubs in the municipality, will have 17 teams and more than 200 federated players this season, said its president, Antonio Pérez. The Mar Menor Sports Association, which has the pavilions of the sports centre for training and competition, also manages 8 schools attended by some 100 children who are starting out in the sport. The Club has 15 technical coaches and competes from September to June.

The vice-president of the San Javier-Mar Menor Swimming Club, Francisco Mulero, signed the agreement for the use of the municipal swimming pool, which is mainly used for the younger ones, while the adults use the AGA swimming pool through an agreement with the military institution. The Club starts the season with 98 swimmers in official competition, and has swimmers of all ages, from pre-benjamins, to benjamins, juveniles, children, juniors, seniors and the masters group. So far this year, they have already won 4 medals in Spanish championships, with a record that includes the bronze medal in relays won by the juvenile team.