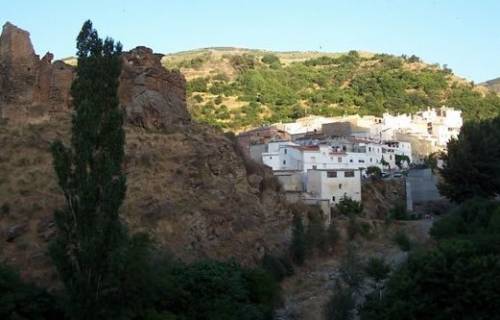 On the 14th of September, the Guardia Civil personnel became aware of the disappearance of an elderly person in an undetermined place in the Sierra de Bacares at around 18.20 hours.

The officers first gather as much information as possible about the victim and contact a close relative of the victim, who tells the officers that although the victim usually lives in Catalonia, they visit an area of farmhouses that they lived in years ago.

According to sources close to the incident, S.H.C., 83 years old, although he lives in Catalonia, usually visits the municipality of Bacares, where he lived in a farmhouse in the area and which he frequents every time he is in the region.

The Guardia Civil establishes the approximate place where the missing person was last seen as the point of origin, the agents sector the area carrying out selective raids covering as much land as possible.

The search was difficult due to the abrupt nature of the terrain and the lack of light, but they finally managed to locate the victim lying down, with multiple bruises and clinging to a rock to avoid falling down the slope.

The Guardia Civil personnel first assess the condition of the victim who reports that he suffered a fall while walking after which he was able to grab onto a rock in order to fall down the slope and that he is unable to walk without assistance.

The officers decide to evacuate the victim to the nearest farmhouse to support him and prevent his injuries from worsening, a place where the ambulance can access for his subsequent transfer to the health centre.

Finally, at around 21.30 hours, the operation was terminated.