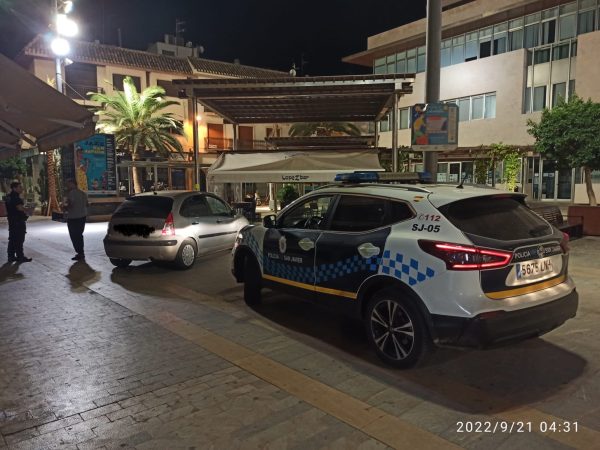 Agents of the Local Police of San Javier have imposed an administrative fine of 4,500 euros to a man for reckless driving with the presence of drugs and the removal of fences to access with the vehicle to the Plaza of Spain, San Javier, in the early hours of yesterday morning.

The events occurred at four o’clock in the morning on Thursday 22 September, when a vehicle travelling along Calle Calderón de la Barca started to flee when it saw a patrol car.

The vehicle, in which the driver and a passenger were travelling, headed towards Calle Luis Garay, removing the fences at the intersection with Plaza de España and blocking the path of the police vehicle that was following it.

Finally, after a chase into the Plaza de España, the officers closed the way and managed to detain him. The driver, who lives in Avenida de Balsicas, San Javier, tested positive for cocaine and cannabis.