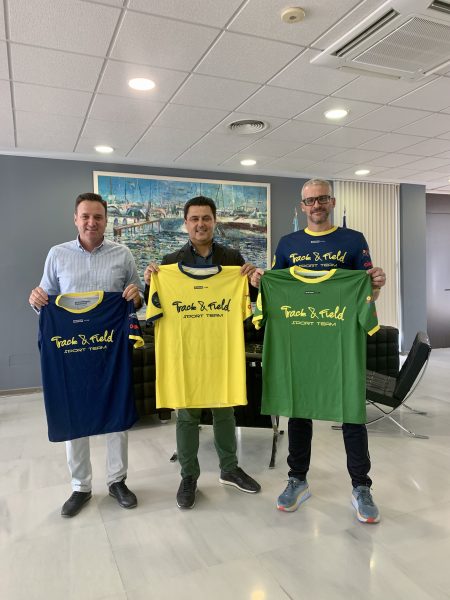 The Mayor, José Miguel Luengo and the Councillor for Sports, Sergio Martínez continue with their round of contacts with the various sports clubs in the municipality that every day mobilize hundreds of children, young adults and adults to practice multiple sports. The meetings, which serve to know the progress of the various clubs, are also used to sign the renewal of the collaboration agreement of the City Council with all of them, which allows them the use of municipal sports facilities to promote competition and sports school with the bases.

One of the clubs to pass by the Mayor’s office yesterday was the Track & Field Sport Club, with its sports director, Juan Antonio Gatón, as representative. The club currently has 35 national and regional licences between mountain and athletics. The club, which welcomes runners from the age of 16, also welcomes youngsters coming from the municipal athletics school. In terms of competition, this has been a good year, says Gatón, who recalls the triumph of Tania Salamanca, a member of the club since its foundation, in the World Team Championships. The Track & Field Sport Club also stands out for its charitable nature with the organisation of several charity races throughout the year. 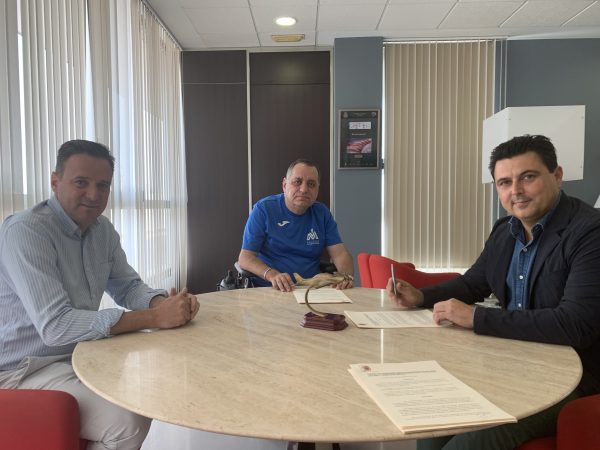 José Antonio Moya represented the Mar Menor Chess Club, another of the veteran clubs founded in 1989 with a very active history from its headquarters in the civic centre of Pozo Aledo. It currently has 30 federated players and around 100 non-federated players, the majority of whom are children, from the age of 5, attracted by this board sport which has no age limits for its practice. The club dedicates its efforts both to preparing the competition aspect and to teaching in the initiation classes. 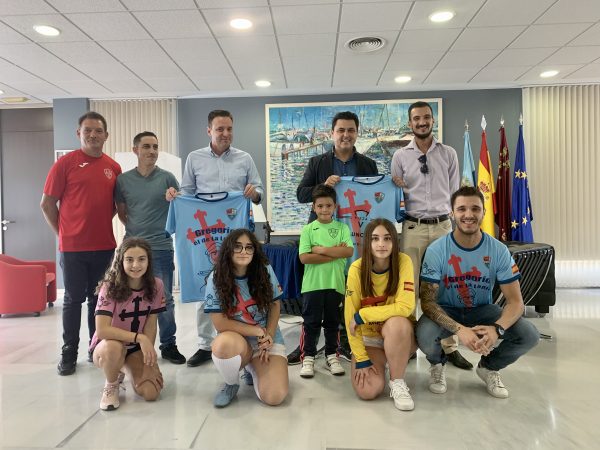 The Santiago de la Ribera Football Club arrived with a large representation at the Mayor’s office, and with its president José Antonio Pérez at the front to sign the collaboration agreement between the Town Hall and the club which trains on the new football pitch in Santiago de la Ribera, in the Faculty of Information Sciences, which will soon have new changing rooms and stands. José Antonio Pérez recalled that the club is celebrating its tenth season with the main novelty of the women’s team, which had just made its debut the day before. The club has a team of prebenjamines, while another of alevín-infantil and cadete-infantil is being formed, as well as the new women’s team and the senior team in the 2nd autonomous category for the tenth year. With five coaches and three qualified instructors, “we are concerned about another type of football, we are not worried about money, we are committed to the values of sport, fellowship, sacrifice and the feeling of belonging to our people,” said the club’s president, José Antonio Pérez. 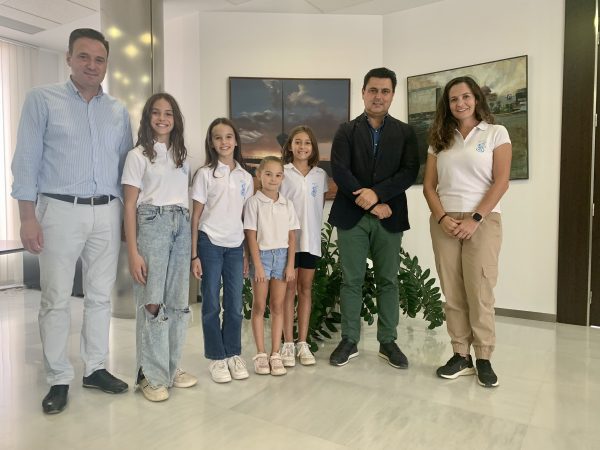 Finally, María Francisca Corbalán, “May”, coach and president of the San Javier Rhythmic Gymnastics club, a club that began to take shape in 2022, with a very large school group, which soon began to compete until today, at regional and national level. The club, which operates in the auxiliary pavilion of the Polideportivo, has 200 girls of which 300 are in competition. As a novelty this year and due to the high demand, this year they have incorporated girls from 2-3 years old, in smaller groups than usual, which are working successfully, explains María Francisca Corbalán, in which they work on psychomotor skills and elasticity, as a basis to continue with this sport.