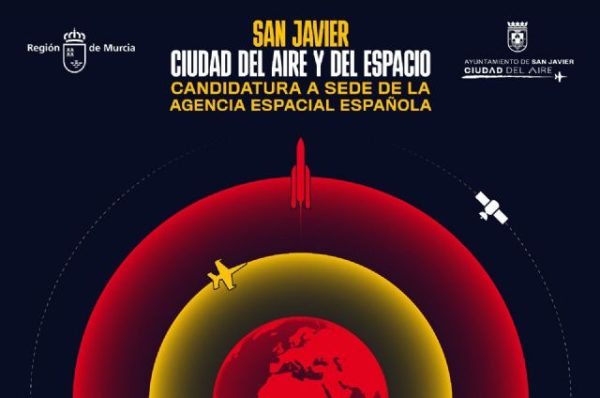 Since last Monday, when the President of the Community, Fernando López Miras, announced in the Palace of San Esteban that San Javier would present its candidacy to host the Spanish Space Agency, dozens of letters of support have been received in the City Council of San Javier, demonstrating the unanimous belief that this is a good project not only for San Javier but for the Region of Murcia, which deserves the unanimous support of the whole of society.

Likewise, various national and international companies have also backed the municipality of the Region of Murcia as the headquarters of the Spanish Space Agency’s candidacy. This is the case of M Torres, Repsol, SolTec, Sabic or Primafrio, or the Business Incubation Centre of Finland, which has also sent its letter of support.