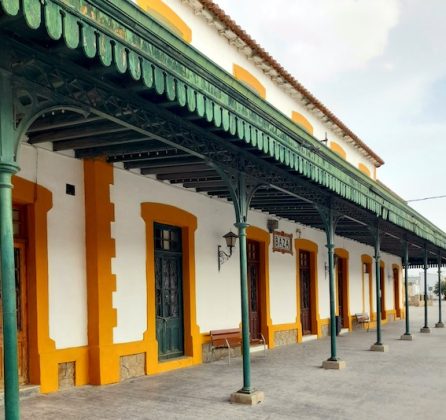 In view of the announcement of the visit to Baza of the President of the Government on the occasion of the inauguration of the first phase of the 400 kv line Caparacena-Baza-La Ribina, the railway groups Amigos del Ferrocarril Comarca de Baza and Comarca de Guadix por el Tren demand Pedro Sánchez to give explanations in this territory for the delay in the work of the Informative Study for the reopening of the Guadix Baza Almanzora Lorca railway line (Lorca-Guadix Corridor), a line that is about to celebrate the 38th anniversary of its closure.

The railway collectives remind that the viability, profitability and necessity of the return of the train to link the south-eastern peninsular regions, an area of 13 regions distributed in three provinces and two Autonomous Communities (Andalusia and Murcia), has been demonstrated. That is why they ask the President of the Government, the Minister of Transport, the Government Delegate in Andalusia and all public officials with responsibility in this matter, to give priority, once and for all, to this essential railway project.