The figure of the cadet, usual in the landscape of the municipality of San Javier has from today a replica in bronze, in the Paseo Colón, work of the artist from Murcia, Manuel Páez, with which the City Council of San Javier wants to pay tribute “to the new students of the AGA who come to San Javier with a dream”. The sculpture, made life-size in motion, with the Mar Menor in the background and a few meters from the AGA, was inaugurated this morning by the mayor of San Javier, José Miguel Luengo, the colonel director of the AGA, Manuel Soria and the artist himself calasparreño, who confessed his passion for the Air Force, “so it is also a small tribute to the Aviation”. 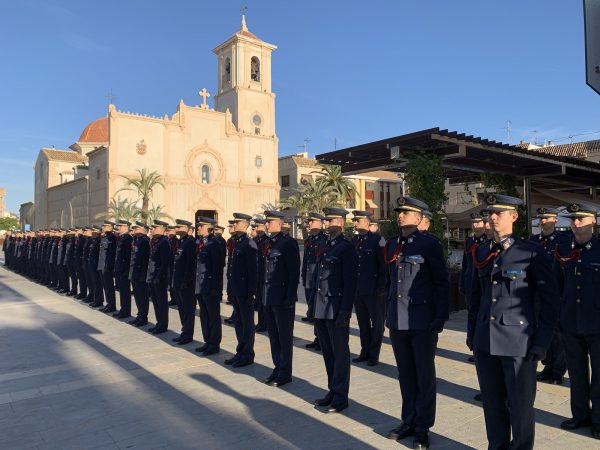 “Today in Santiago de la Ribera we want to pay tribute to something that is part of our daily life, of these cadets who come to San Javier with an illusion and who look to the sky with the intention of enjoying a deeply vocational profession,” said the mayor, who highlighted “the close ties” that unite the AGA and San Javier. The figure of the cadet, which is already part of the Paseo Colón “also symbolises that link that will remain forever in your lives,” said José Miguel Luengo, convinced that “you will always carry a little piece of our town in your heart”, after your training at the AGA.

The colonel director of the AGA, Manuel Soria, recalled that since the first promotion in 1945, “nearly 7000 cadets have passed through San Javier who have subsequently led the Air Force and the AGA”. The colonel recalled the presence of all the aircraft that have passed through the AGA and that can now be seen in the Paseo Colón, or the murals on the Patrol, to highlight the “symbiosis” between the AGA and San Javier, “but with this sculpture of the cadet we honour and refer to the raison d’être of all in the AGA, which is to train the new leaders of the Air Force”. Colonel Manuel Soria wanted to take advantage of the moment “to thank another monument that does not have a physical space but that is palpable daily for all of us and that is the affection and appreciation that all of us who come here receive from the residents of San Javier”. 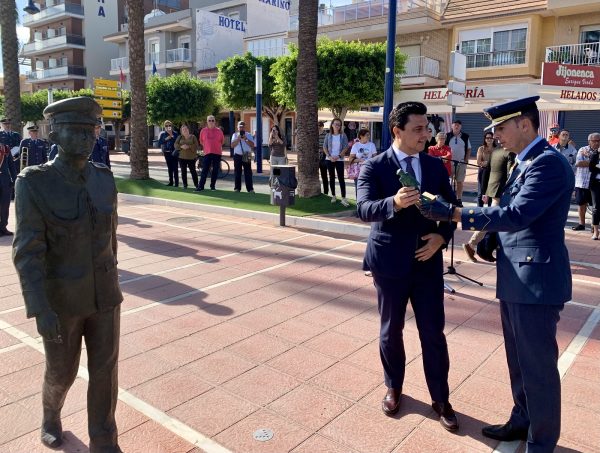 The inauguration of the sculpture was attended by numerous guests and the 116 cadets, new students at the AGA and the Music Unit of the Military Academy who closed the ceremony with the Air Force anthem. The ceremony coincided with the Mayor’s traditional reception for the cadets at the beginning of each academic year, in which he declares them “adopted sons and neighbours” of the municipality, which had been held earlier in the morning. The 116 new cadets, 12 of whom are women, arrived accompanied by Lieutenant Colonel Aguirre, who thanked them for the reception, as did Cadet Knight Urazurrutia, number one of the graduating students who were promoted internally, on behalf of his fellow cadets. On leaving the Town Hall, the cadets made their traditional floral offering to the patron saint of San Javier, in the church of San Francisco Javier. 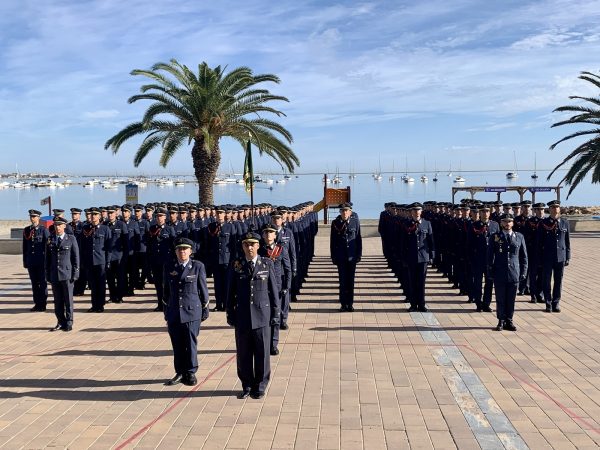